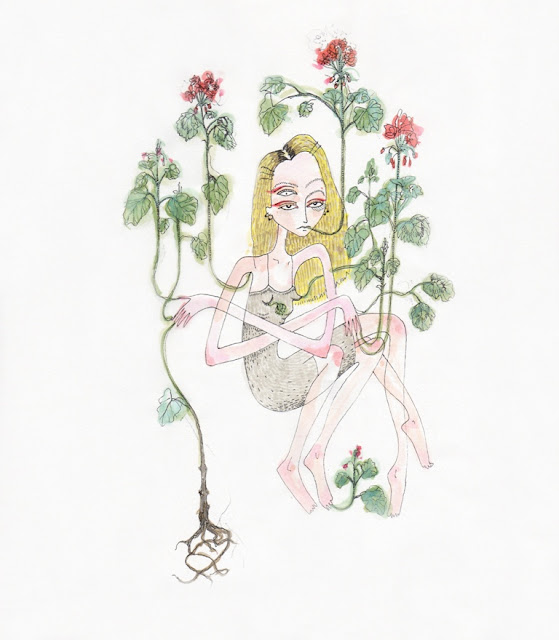 last week i participated in The Crumbling Ecologies Project
(alongside artist sharon who makes beautiful scarves)
which was/is being thought/conducted/conceived/organised/followed-through by artist jasmine targett.
the project literally (and in most basic terms) involves dipping geranium leaves into
porcelain slip in a thin layer and then firing them in a kiln so that the leaf burns out and a rather lovely
and much delicate appearing leaf remains. the ideal is to have a thin enough layer that there are lots of veins (for aesthetic reasons).
the project discusses craft and its role in art and the (hopefully not, but likely) impending doom of
subjects such as glass and ceramics in universities.
geraniums were selected to represent this as, in many parts of the world,
they are becoming endangered or extinct, and also for being socially associated with old and outdated.
(slash they remind me or grandparents and so i think they're really nice.)

(if you'd like to read an explanation with less brackets you can find it here)
also i did a drawing where geraniums are growing through a person. she is a part of the stem. 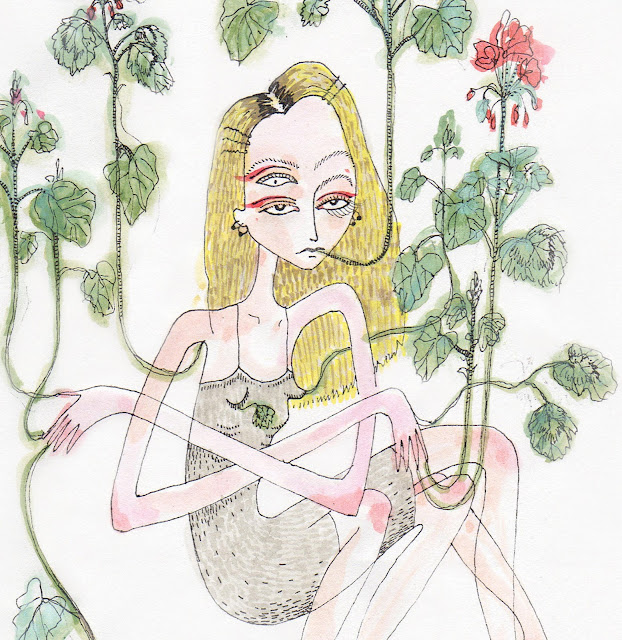 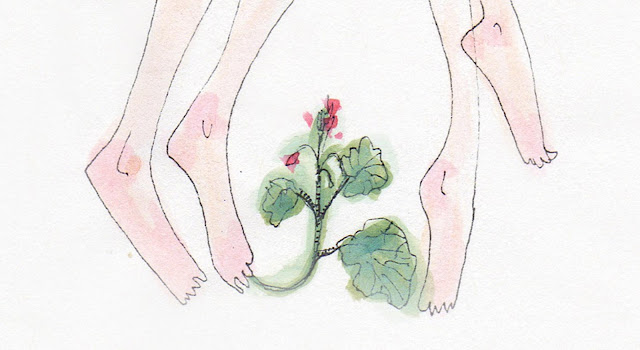